This little, obscure story in the Bible can be a deeply formative one. It’s about five sisters who bravely asked for justice. The Israelites had been living in the desert for almost forty years, and as they prepared to go into the promised land, they were deciding how to divide the land. Like we would today, they borrowed systems from the cultures around them. And that meant that women could not inherit land. A woman who didn’t have a father, a husband, a brother, a son, or land was completely powerless and destitute. A man named Zelophehad, of the tribe of Joseph, had died and left five daughters. We can assume they were fairly young, as none were married (and marriage age would have been 14-16 years). The law and proposed land division was going to leave these five girls with nothing. So Mahlah, Noah, Hogla, Milcah and Tirzah stood before Moses and the leaders and all of the congregation and stated their case, asking for land. Moses took the case to God, and God said, “They are right. Change the law.” These brave sisters saw injustice, banded together, spoke truth to power, and got a law changed, bringing justice to future generations of women. We see in this story that God’s love never changes, but the expressions of that love (like laws) do change.
Unjust laws are part of the world’s story. We see this playing out today, too, in our churches, nation and world. And we can admit that even in our homes, there may be rules that need to be changed, or situations that call for a bend in the rules. This story gives us an example of people the world saw as powerless bringing about change. Children often feel powerless, whether at home or in the world. Help them discover their agency by learning about the agency of these five courageous sisters.
Read It:      Numbers 27:1-11
3 “Our father died in the wilderness. . . .  4 Why should our father’s name disappear from his clan because he had no son? Give us property among our father’s relatives.”
5 So Moses brought their case before the Lord, 6 and the Lord said to him, 7 “What Zelophehad’s daughters are saying is right.
Do It 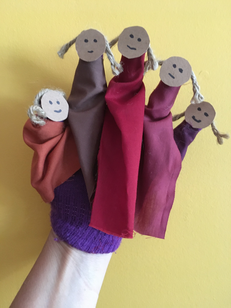 Ages 0-3: Using dolls or small figures, tell the story. Say the names of the daughters (women don’t often get named in ancient texts, and there is power in saying their names!), and imagine together what they might have said - and the reactions of the people listening to them.

Ages 4 and up: Listen to Bryan Moyer Suderman’s song, “The Daughters of Zelophehad.” Part of the refrain says, “It’s time to look again.” What needs to be “looked at again” in the world around you? Maybe it’s something in your house (like a rule that needs to be re-examined, or a specific circumstance, or a new privilege that it’s time to grant). Let your child(ren) bring their case to you for discussion. Or maybe you see a system or a law in the world around you that needs to be changed. How can your household speak up for justice?
Pray It
God, help us see the things around us that need to be changed. Give us courage to do something when we see injustice. Stand with us, God, like you stood with the daughters of Zelophehad. Amen.
Extra 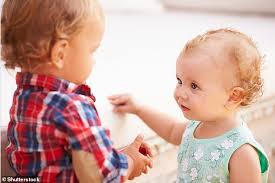